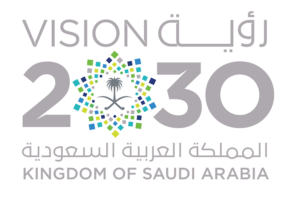 Solar energy is the future. That’s the ambitious and progressive aim of Saudi Vision 2030. Led by King Salman and Crown Prince Mohammed Bin Salman, Saudi Vision 2030 aims to completely transform the Kingdom’s economy, society, and energy sector. The future of the Kingdom is one that is open to tourism, the global economy and renewable energy sources like solar energy.

The plan is more than the utopian reforms of a young, ascendant ruler – it’s an imperative shift in strategy designed to pave the path from oil-dependence into a vibrant and diverse economy that will ensure the Kingdom’s continued prosperity.

Innovation is set to occur at a rapid pace. We’ve always been a leader in energy, even though there has been heavy reliance on hydrocarbons and not enough utilization of several of the Kingdom’s vast natural resources. Saudi Vision 2030 institutes a much-needed top-down revolution, with the government leading the way in energy diversification through renewables, such as solar energy, and other cultural changes. It’s a grandiose plan, with numerous catalysts and development engines set in place.

The Kingdom has reached a tipping point that requires Saudi Arabians to modernize and embrace the future both culturally and economically. The cultural revolution has been spurred by a combination of youth – 70 percent of Saudi Arabians are younger than 32 – and growing access to new ideas through travel, and technology including social media. The younger generation is welcoming the catalysts of change.

The fluctuation of oil prices over the last few years was the catalyst that turned the Kingdom into oil-independence and diversifying its energy generation. Historically, the generous government subsidies for oil during the oil economic boom years made energy incredibly cheap, helping business expand their operations and grow the country’s economy. The oil subsidies have made alternative means of domestic energy production such as solar energy economically unfeasible. And the decrease in oil prices abroad in the past few years have made oil subsidies unsustainable moving forward. Now, businesses are struck with rising and  unanticipated electricity costs that threaten to stall our growing economy.

Saudi Vision 2030 is the blueprint to strengthen the Kingdom’s standing as a global energy leader and secure its continued economic prosperity for decades to come.

Saudi Arabia is known for having the richest oil fields. As a result, other natural resources have been overshadowed for decades. Among them, the Kingdom has the world’s most intense sunlight. Maps of solar radiation intensity shows the whole country covered in the highest solar ray levels. With vast desert lands, Saudi Arabia has unparalleled solar energy potential once utilized.

To this day, however, the Kingdom’s aging power generation plants have relied on fossil fuels to produce electricity. Using oil and diesel for energy production is less efficient compared to alternatives such as wind or solar. King Salman, and the Crown Prince Mohammed Bin Salman, have revealed that our continued reliance on oil will stifle our economic growth moving forward. Oil exports make up over 87 percent of the Kingdom’s GDP and increasing domestic energy demands requires an ambitious plan of energy diversification to foster future energy security and dominance around the globe.

Although Saudi’s vast oil supply is not going away, through Saudi Vision 2030, the way in which we consume it will. Internally, this means that future electricity generation power plants will utilize the most advanced technology and harness the nation’s renewable rich natural resources like solar energy. Saudi Vision 2030 outlines a bold plan to integrate alternative energy production into the economy – including nuclear power, wind power, geothermal power, and solar power. Saudi’s solar efforts, in particular, will assure the Kingdom regains its standing as the world’s largest producer of energy.

As one of the sunniest countries in the world, the ability to harness solar energy is well within reach. The Saudi government recently inked a deal to spend $200 billion building the world’s largest and most technologically advanced solar power farm. The solar project is slated to be up and running by 2023 – an aggressive but achievable target.

Another economic energy boom is on the horizon for Saudi Arabia. And this time, it’s coming from above, not below our feet. With renewable sustainable energy sources like solar power, the future of the Kingdom looks bright.

Sun Capture is a solar energy services company in Saudi Arabia helping Saudi businesses bridge the gap between the current rising energy demands and costs, and the coming national move towards affordable renewable energy. To learn more about how solar can help your energy needs and bring your business in line with Saudi Vision 2030, contact us today.

©2022 Sun Capture, a subsidiary of Aljoaib Holdings. All Rights Reserved